Bausano is a leading manufacturer of plastic extrusion machines.
To stay at the top of the industry and be ready to face the challenges of the future, its partnership with Gefran is essential for its success.
Gefran’s 40 years of experience in plastics, high technology content, large product portfolio, and ability to provide a complete solution allow Bausano to concentrate on its core business, i.e., design and strategic planning. 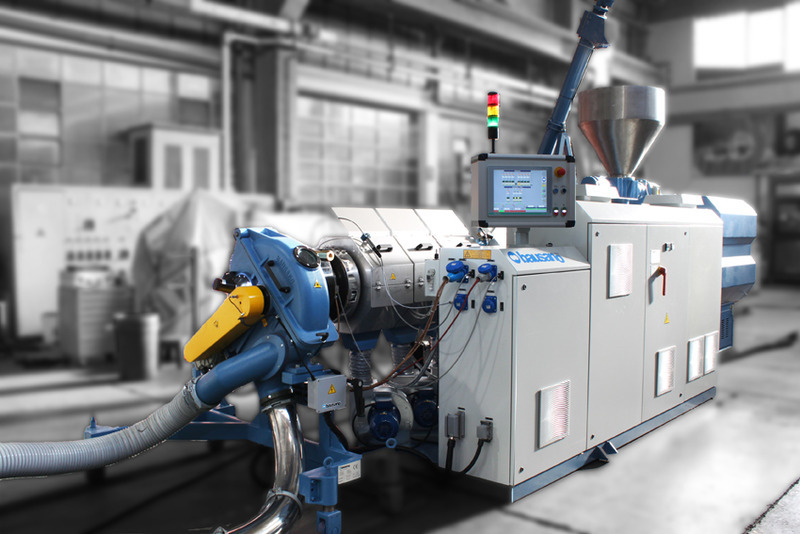 The Customer
Bausano & Figli S.p.A., founded in 1946, is based in the province of Turin and specializes in the production of twin-screw extruders for plastics.
In 1982 it patented a new and revolutionary drive system, called Multidrive, with four motors per machine to reduce the torsion effort of each motor by 75%.
Bausano also supplies all of the accessory machines needed for extrusion, such as calibration bench, cooling bench, puller, and cutter.
Its complete product line, customer service, and attention to R&D to create value for the customer have made Bausano an international leader in its sector. 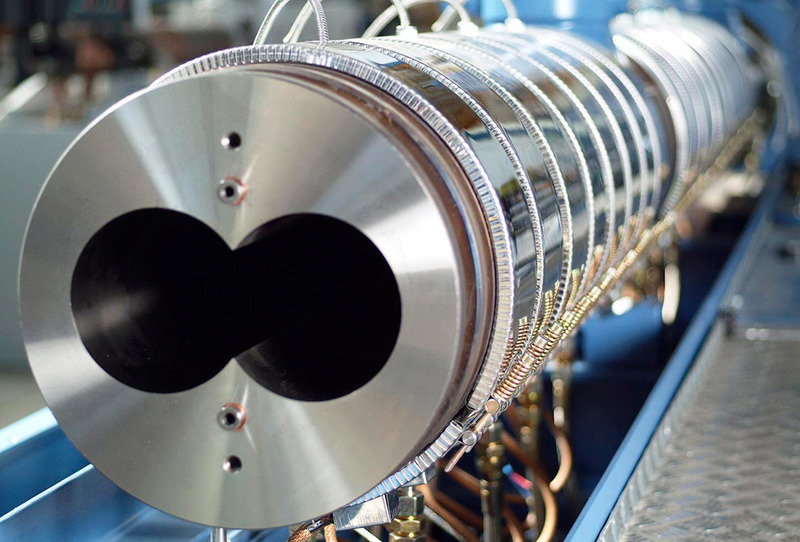 The Process
Extrusion is a plastics transformation process that creates objects of a fixed cross-sectional profile, such as pipes/tubes, sheets, and profiles, by pushing and pressing the plastics inside a die by means of a worm screw.
Twin-screw extruders are a more complex variant in which the penetrating screws can rotate in opposite directions (as in Bausano’s unit). They are ideal for recycling plastics and are used for medical products, window frames, and small and large pipes/tubes.
On production lines for sheets, pipes/tubes and, in general, extruded products where fixed dimensions (thickness, density, etc.) are important for final quality, the measurement and control of Melt temperature and pressure are critical factors, and indicate the fluidity of a molten polymer.

The Problem
Bausano builds a variety of machines and extrusion lines for the production of rigid pipes, normal and stiffened flex pipes, corrugated pipes, profiles for building or industrial use, window frames, granulation, recycling, rolled sheets and plates, foam PVC sheet lines, and medical products.
Because it offers such a wide variety of products, the company needs to ensure flexible automation of its machines in order to build extruders for different markets.
In addition, energy efficiency must be considered – with regard not to product quality, but to operating costs and the environment.

Automation
Gefran’s proposed an automation solution in the “Modula Integrated Machine Controller” series: a complete machine control system that includes CANOpen programmable logic functions, graphic interface, and I/O. This modular HW solution adapts the configuration of number/type of inputs and outputs to production requirements and lets the user choose a 10” or 15” monitor as needed, without having to alter or completely re-do the design.
The software is scalable and, in addition to completely controlling the extrusion process, offers a number of smart functions such as calculation of current draw and efficient management of heated zones by a multiplexer control. 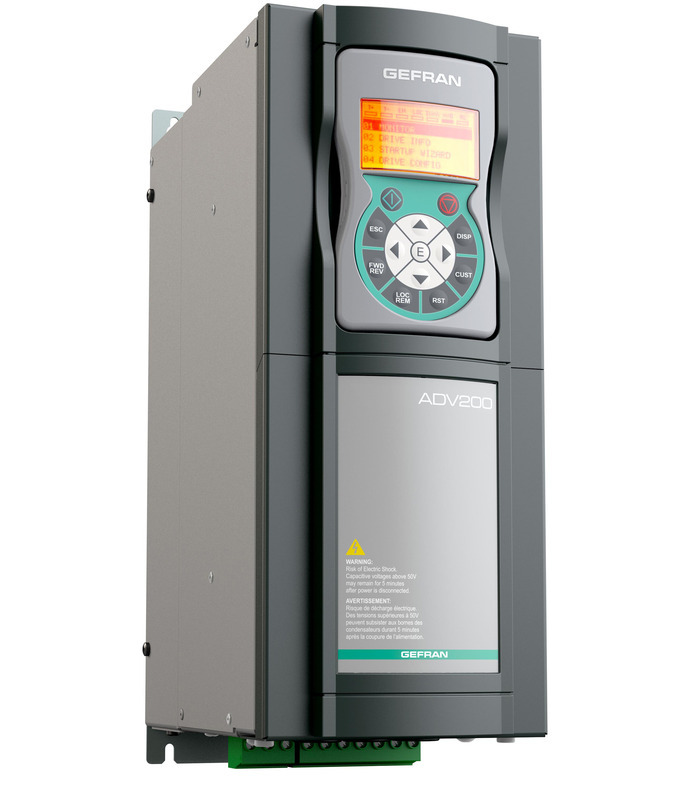 Motion control
All of the drives on Bausano’s extrusion lines are controlled by Gefran’s ADV200 vector inverters.
The group of 4 motors for the patented “Multidrive 4 x 2” twin-screw extrusion system, which turns the penetrating and contra-rotating screws, is driven by a single ADV200 inverter, which controls the system in current and speed. Based on machine type, the power used can range from 18.5 to 160 kW.
The ADV200, with power from 3 to 5.5 kW, is also used to control auxiliary motors on the extrusion line, such as pullers, cutters, and dosers. These motors are all synchronized in speed and ramp by specific inverter functions, which maintain correct machine ratios if production speed has to be changed.
For sheet lines requiring synchronization of speed and cutting bench, there are specific softwares developed in IEC61131-3 environment and fully manageable with Gefran’s MDPLC tool. The inverters are interconnected via the Modbus RTU network, on which data exchange with the supervisor is also managed for system diagnostics.