What is a servo motor?

Posted on 18th March 2020 at 11:10
In 1960s, Yaskawa Electric had produced distinctive DC servo motors one after another and came to commercialize AC servo motors in 1983 while making a new trend in the motor industry. Now, after more than thirty years, almost 100% operators in factory automation industry apply AC servo motors. Yaskawa’s industrial robots also apply AC servo motors manufactured in-house for their joints.
Motors in general aim to work by rotating load continuously, however, servo motors also aim to respond to the target precisely and swiftly. By the way, do you know what “servo” means? The origin of the word is “servus” in Latin (or “slave” in English). Slaves obey the masters’ command and do as they are told. People started to use the word “servo” as it aims to control the target’s location, speed and route as it intended to. 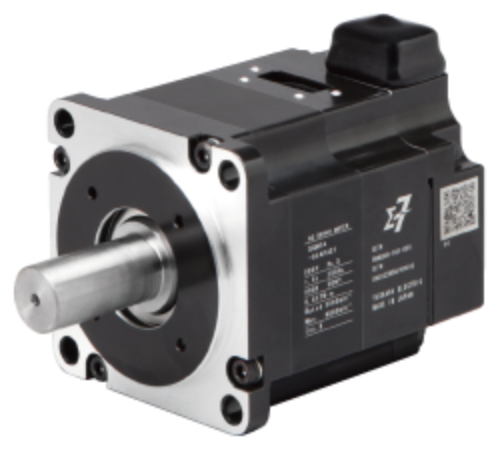 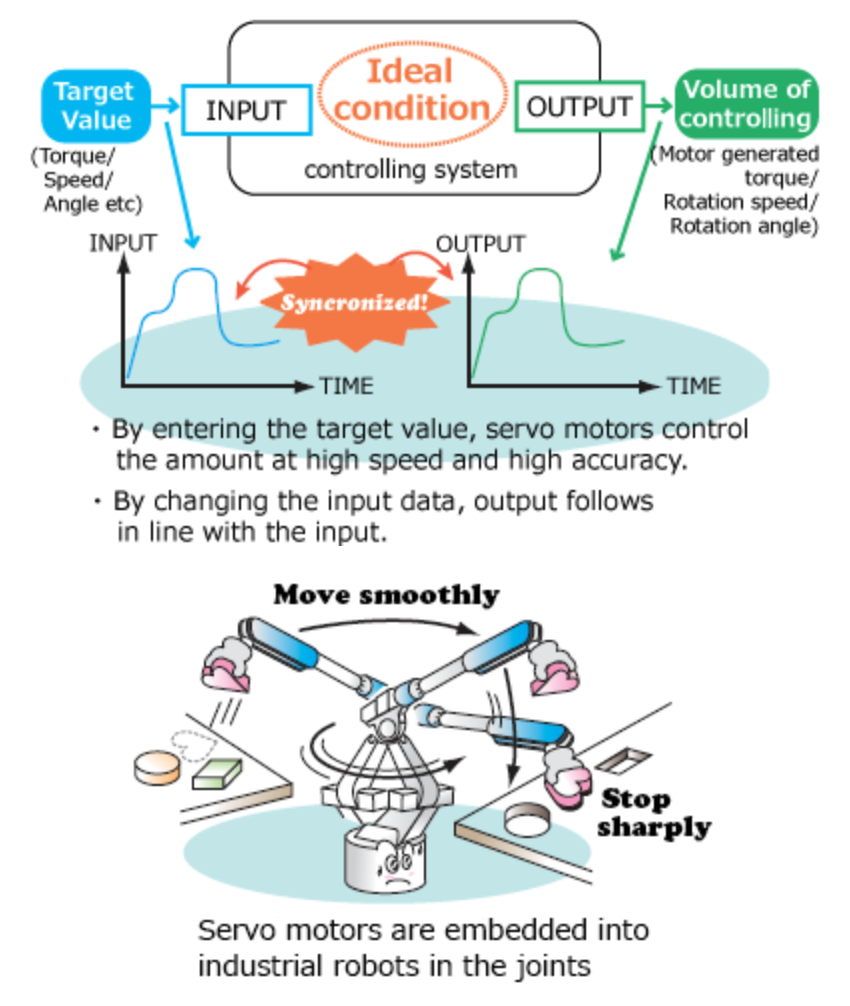 1960s was the time when hydraulic servos were the main stream in servo industry, at the same time there were increasing demands in electric servo due to problems on oil leakage or maintenance. Therefore, it was the mission for motor manufacturers to realize better responsiveness and precision than hydraulic servo. And Yaskawa Electric achieved the mission ahead of the world, and produced DC servo motor, Minertia Motor. The product story of Minertia Motor is essential for Yaskawa Electric to describe its technology.
With the progress in electronics technology since 1970s on the back, DC servo motors reached its peak in 1980s. On the other hand, DC servo motors always came with issues of periodic brush changings and dust emission due to wear. Although AC servo motor which does not need brush came to launch in the early 1980s, its control performance was far from DC servo motor’s as it used analog control as well as microcomputer with 8bits CPU.
In the late 1980s, all digital controlled AC servo motors were commercialized. And in 1990s, AC servo motors saw a significant improvement in its control performance thanks to the use of ASIC and 16bits microcomputer as well as the acceleration in location data transmission from detectors via serial communication. Alongside these improvements in amplifier and the performance of control, the technology enabled motor to apply powerful Nd-Fe-B magnet to its permanent magnet and realized both drastic downsizing and responsiveness.
As semiconductor and liquid crystal industry became active from 1990s through 2000s, the manufacturing equipment for those products started to mount significant volume of AC servo motors. In 2017, the number of servo motors produced by Japanese companies globally increased to approx. 7.9million (sourced by Fuji Keizai. Incidentally, the number of servo motors produced in Japan in 2007 was approx. 2.34million). In addition, there were also increased demands for cleaner and more accurate servo motor, which led to the development of linear motors and direct drive motors. 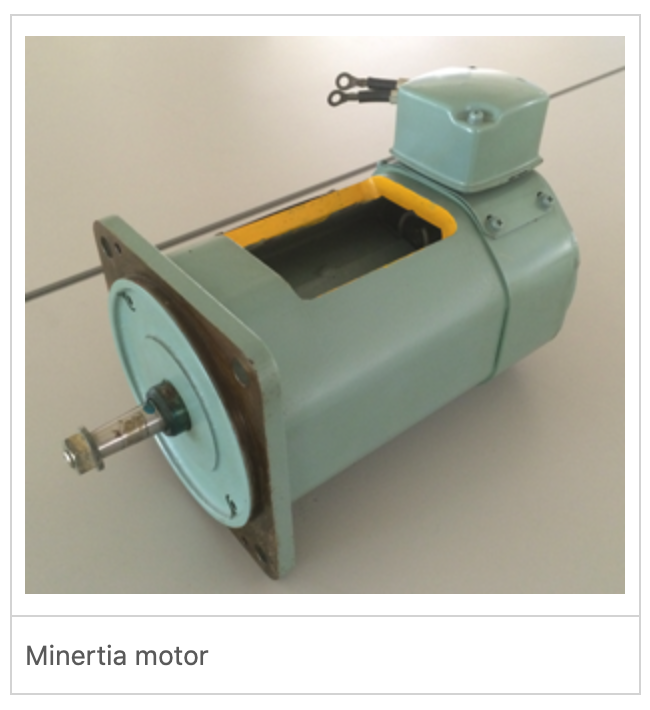 AC servo motor has a structure that holds three-phase windings in the stator, permanent magnets in the rotor and an angle detector on the opposite pulley side of the shaft. This detector plays an important role in AC servo motor. As a synchronous motor, it is essential for the normal drive of AC servo motor to know the magnetic poles created by the permanent magnets in the rotor precisely. The detector reads the information of the magnetic poles and pass it to controller side of the amplifier. By doing so, electric current flows through the three-phase windings correctly and the motor generates torque as commanded.
In addition, the detector provides the information of angle in order to control rotation speed and rotation angle of the rotor. The more accurate and detail the information of angle is, the more precise the control in speed and location becomes. The current Yaskawa’s servo motor (Σ-7 series) has 24bits resolution with the encoder functions as a detector, so that it can detect even a minute angle of sixteen-millionth of 360 degrees in circumference. For example, if you would compare it to the circumference of approx. 6,000m diameter, it can detect if the objects moves merely 2 cm.

From factory automation area to a wide range of industries